On September 11, 2016, Jeanne Jugan Resident Mary Virginia Brown celebrated her 105th birthday. She has often reminded us that “The Lord made me to know him, to love him and to serve him…” and when she asks how she can serve, we remind her that she is now providing others the opportunity to serve her. 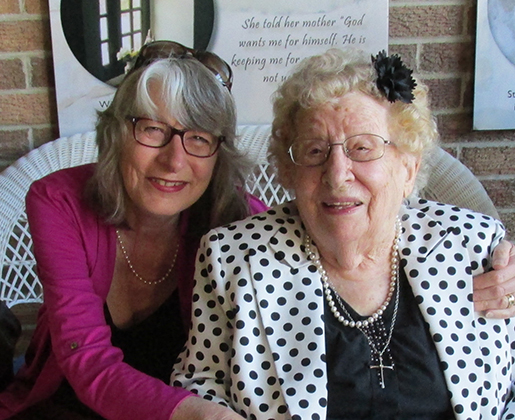 As the oldest daughter in a family of six children, Mary’s service began with helping her mother, who was widowed when she was six years old. After high school she worked as a secretary while her brothers and sisters finished their education. Then at 23 she decided she wanted to become a nurse and started nurses’ training, getting her R.N. at St. Joseph’s School of Nursing in Elmira, N.Y.

During World War II, Mary answered the call and enlisted in the Army Nurse Corp. After an assignment in England at a hospital the Army set up to treat the wounded from the fighting in Europe, she was assigned to Army hospitals in California where they were treating the wounded from the Pacific.

There she met and married Sgt. Elmer Brown (Brownie). At the War’s end, they settled in Mary’s hometown, Elmira, N.Y. A daughter, their only child, was born in 1948. Mary worked as a nurse and a supervisor at St. Joseph’s Hospital, until she decided to go into Public Health at the Chemung County Health Department.

Attending classes while working full-time, she attained a Bachelor of Science Degree in Nursing from Syracuse University in 1966. In 1974 Mary retired from the Health Department and spent the next years in Florida with Brownie, doing watercolors, surf fishing, attending baseball’s spring training games and watching occasional space launches.

After Brownie died in 1985, Mary returned to Elmira. She divided her time between her sisters and her brothers and her local parish church, assisting at daily Mass and serving as a Eucharistic Minister. 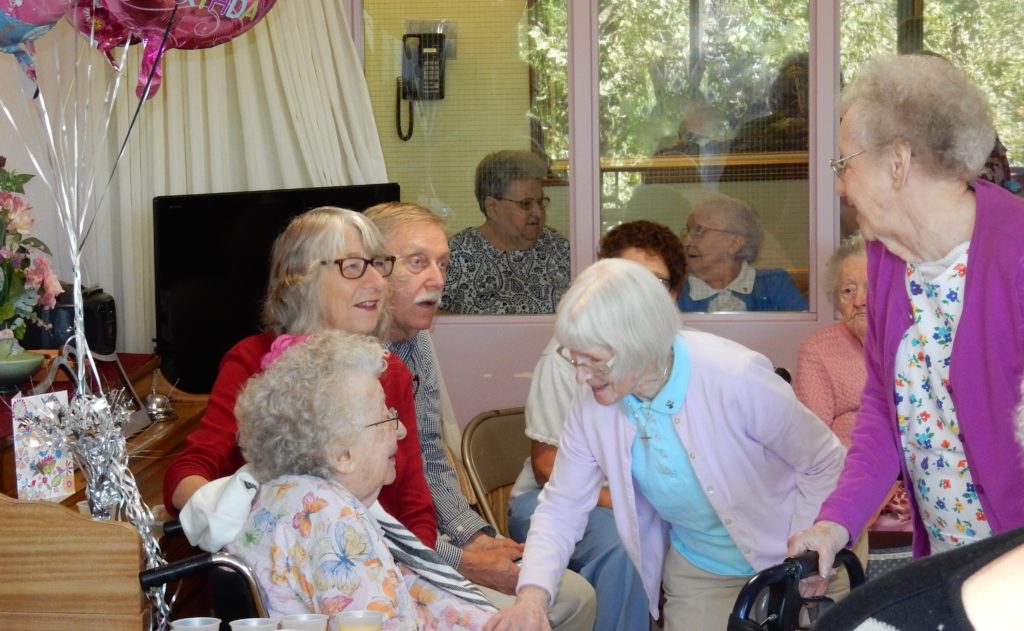 Shortly after her 100th birthday in 2011, she decided to move to the Jeanne Jugan Residence, on the 3rd Floor, where she enjoyed celebrating her 105th birthday. She and her family had the honor of presenting the gifts at Sunday Mass. Mary looked wonderful all dressed in pink for her special day. Then they enjoyed a dinner on the 11th and a reception with friends’ well wishes, music and refreshments on the 12th!

Congratulations to Mary Virgina Brown on her 105th Birthday!! God Bless You! 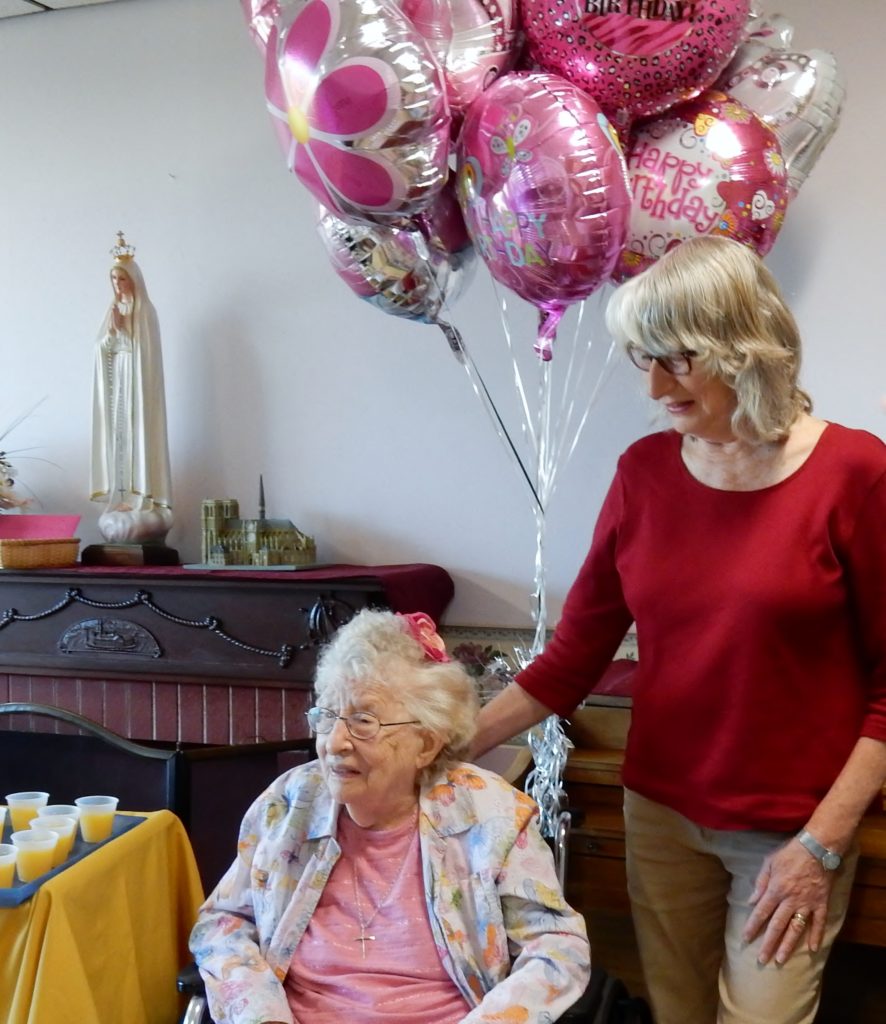