We had a “blast” of a Mardi Gras celebration! It was so nice to see so many volunteers, employees, and residents join us for our annual parade and party. 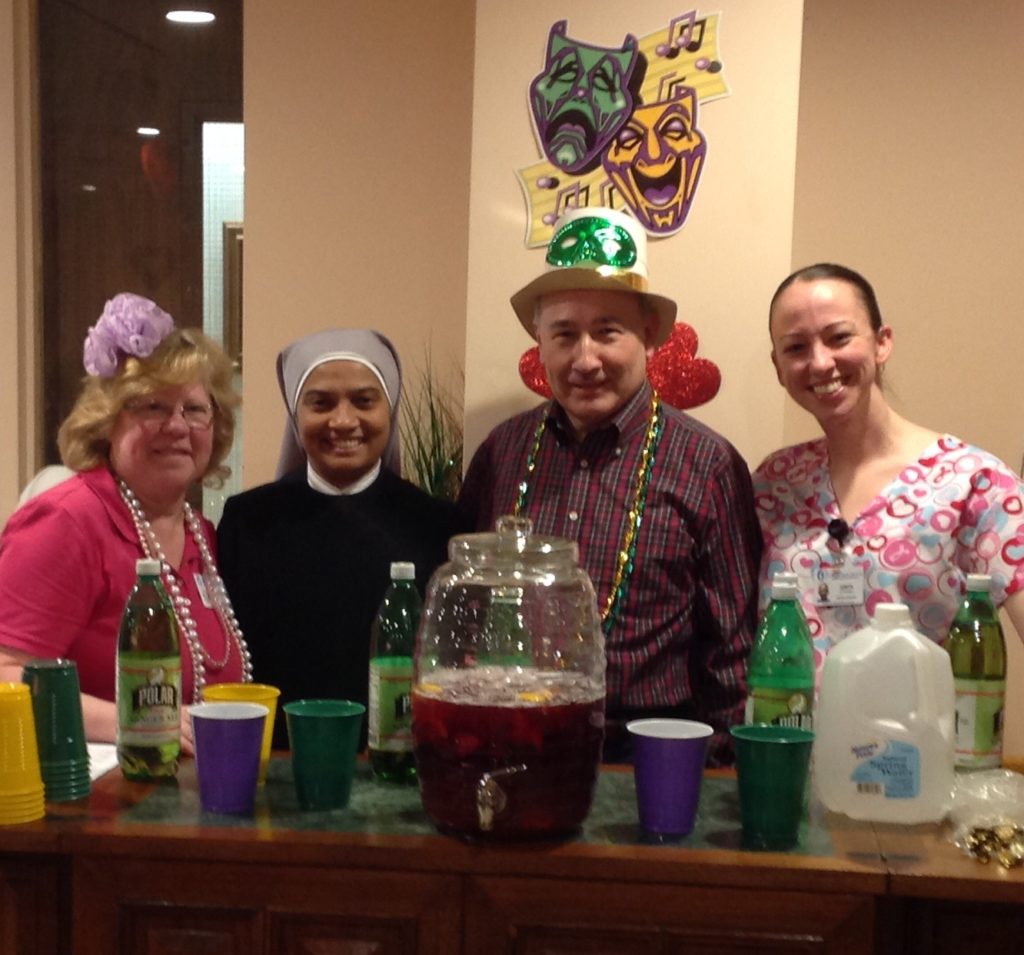 The Parade route began in the “Coffee Shop” where all the participants assembled, dressed in colorful costume and armed with beads to toss just like in New Orleans! Some walked in tandem assisting those that needed a little helping arm or a gentle push of a wheelchair. Led by guest entertainer Jarline we all ‘marched’ together to the tune “When the Saints Come Marching In” through the long corridor to the brightly decorated auditorium where other members of the Jeanne Jugan Family were anxiously waiting for us to arrive. We threw beads EVERYWHERE! So much fun! 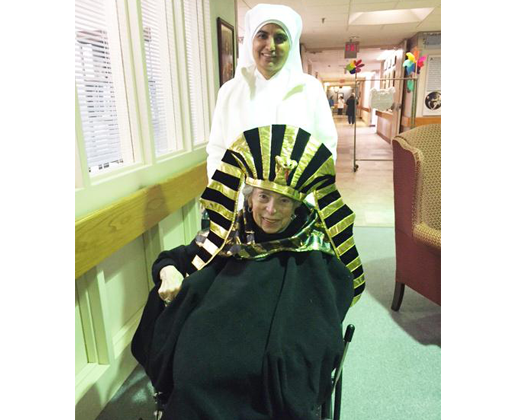 It was a festive party indeed for more than 50 residents and staff members alike. Country singer Jarline performed all the classics mixing in a few Cajun tunes which really got us hopping, and dancing. We ate, we drank, we danced, we sang, and we had ourselves a Mardi Gras like no other!

Ash Wednesday followed and we smiled when we thought back on Mardi Gras and thanked The Good Lord for such a good time.