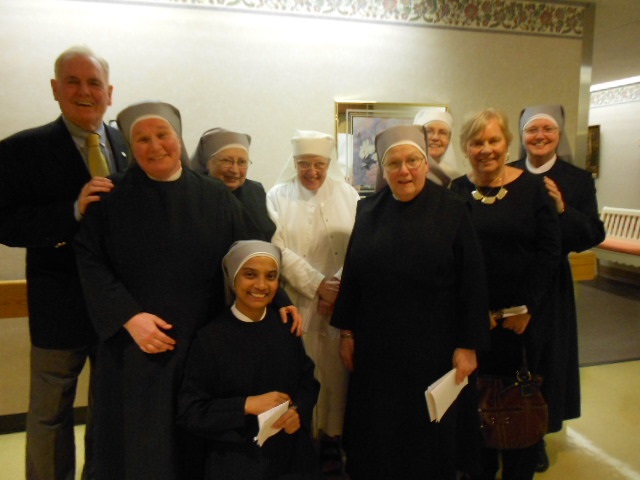 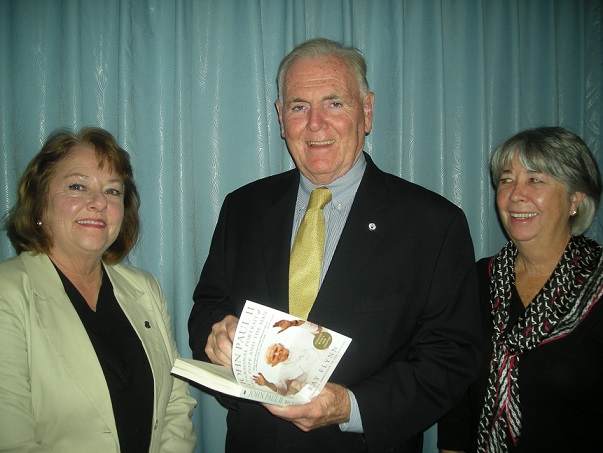 The Honorable Raymond Flynn, former Ambassador to the Vatican and Mayor of Boston came to the Jeanne Jugan Residence on October 16 for a special evening of faith.  He shared his experiences and an important message with the audience.  “It is time Catholics started telling the good news.  We constantly read about what’s wrong, but there seems to be a news boycott about all the good that Catholics and the Church does for the poor, elderly and needy. The Little Sisters of the Poor right here in Rhode Island is a perfect example,” stated the Honorable Raymond Flynn.

Guests were invited to attend a reception prior to the event.  Tours of the Home were given to those who were visiting the residence for the first time.  VIP guests were given copies of Mr. Flynn’s book, “John Paul II: A Personal Portrait of the Pope and the Man” and had the opportunity to speak with him and have their books signed.

Because Ray Flynn led his Providence College basketball team to the National Invitational Tournament Championship in 1963 as the Most Valuable Player, the Residents wanted to honor him as our “Most Valuable Speaker.”  As a thank you gift, Resident Ray Chartier presented Mr. Flynn with a basketball signed by all the Residents and Sisters. 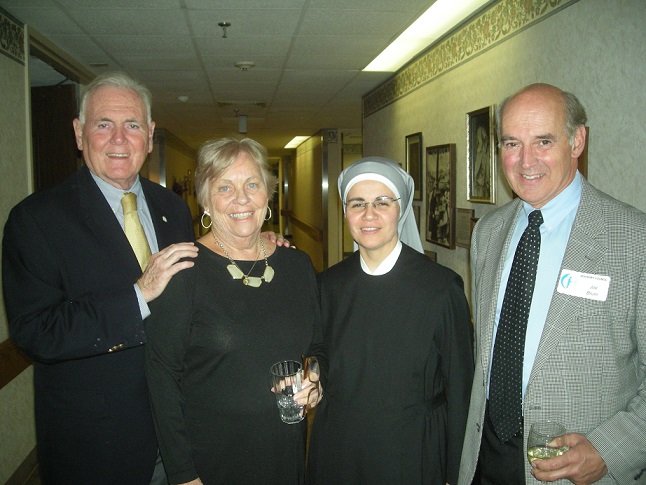 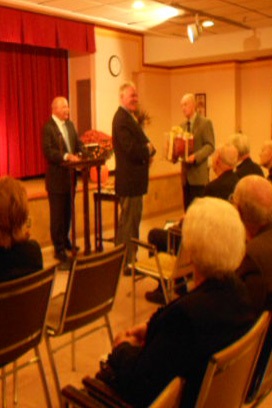 One Rose, One Life Prayer Service
“In the Twilight of the Year of Faith”